Our Catcott reserve comprises of an amazing wetland mosaic of traditional hay meadows, wet woodland and wet grazing marsh and fen. This encourages a range of species to feed, breed and roost all year round and it has become internationally renowned for its birdlife. The reserve is made up of Catcott Lows and Catcott Heath.

Know before you go

Reserve car park at OS Grid Ref ST 400 417 is reached via the minor road between Catcott and Burtle.

National Cycle Network Route 3 runs through Catcott village one and half miles south of the reserve.

The ‘Coot’ walk is a 3km stroll that loops around the open water and reedbeds - look out for the way-markers with bird footprints. Or, if you want to delve a little deeper, you can take the ‘Roe Deer’ as an added trail to go along the boardwalk which leads to the amphitheatre before returning to the Coot trail. No matter what trail you choose, don’t miss the Tower Hide which is 1.3 km from the car park and can be reached on both trails.

The track leading to the car park on this site is not suitable for low ground clearance vehicles. Please adhere to any on-site signage.

Please be aware of deep ryhnes and flood waters in winter. There are some all weather paths but others can be wet and muddy in Winter.

The Reserve can become waterlogged especially in poorer conditions. The hides, droves and reserve paths are open to the public throughout the year. Access to other areas is strictly permit only.

Guide dogs only
Dogs, excluding guide dogs, are only allowed on the public rights of way (the droves) at Westhay Moor NNR and Catcott nature reserve.

Open at all times

Dogs are only allowed on the public rights of way (the droves) at Westhay Moor NNR and Catcott nature reserve. Dogs are not permitted on any central permissive paths on both reserves. On public rights of way, dogs must remain on a lead or under close control, remaining on the paths at all times, be visible and in close proximity to their owners. You can read why we have made this decision on the page below.

This spectacular wetland site is probably best known for its wintering wildfowl and waders. Between November and March large numbers of Mallard, Wigeon, Teal, Shelduck, Gadwall, Pintail and Shoveler fly in to feed on the flooded fields that can be seen from the large hide in the car park. This is also an important wintering ground for wading birds and Lapwing, Snipe and Black Tailed Godwit are just three of the several species of bird likely to be seen here during winter.

Other parts of the reserve remain wet all year and provide a home for resident Gadwall, Coot, Kingfisher, Cetti’s Warbler, Reed Bunting and Grey Heron. In summer Sedge and Reed Warblers move into the reserve to breed. But it’s not just birds that are abundant here, the many ditches, pools and ponds around the reserve are full of diving beetles, dragonflies and damselflies.

During summer Catcott’s wetland plants make a spectacular display with Marsh Marigold, Meadow Rue, Meadow Sweet, Devil’s-Bit Scabious and Marsh and Meadow Thistles growing densely alongside paths and ditches. In the wet and wooded parts of the reserve you can find the aromatic shrub Bog Myrtle. Ponds in the wood have breeding Great-Crested Newts and also frogs and toads. Roe deer are frequently seen in the reserve as are bats in the summer months. One of the best places to look out for the Otters that frequent the reserve is from the Tower Hide which overlooks open water and a large reed bed. See map for access route.

Walking through the wet woodlands at Catcott in summer is an inspirational experience. Huge numbers of insects can be seen and heard buzzing about with many small birds coming to feed on them. Also many dragonflies and damselflies such as Emperor Dragonfly and the Beautiful Demoiselle can be seen darting through the open woodland hunting for food.

Reserve conservation management – The site is managed primarily as a wet grassland nature reserve, however during the summer and autumn, the grassland is farmed to maintain the conditions required by the birds, the grass being cut for hay or grazed, and the vigorous soft rush tussocks topped often twice a year. The water level across the Lows is allowed to reduce through gravity and trans evaporation to allow conservation grazing to take place.

History and Archaeology - The Leather Track - As well as a long history of wildlife conservation Catcott also has tales of earlier history. Not Neolithic track-ways or Iron Age villages but the industrial revolution. Along Higher Ropes Drove, which runs through the heart of the reserve, you may see strips of leather poking out of the ground. This is waste from Glastonbury and Street’s old leather industry, which was used to surface the boggy peat droves, not just at Catcott but on many tracks across the Levels and Moors.

Setting an example - In 1968 SWT bought land at Catcott. They were the first conservation charity to acquire land as a nature reserve on the Levels and Moors. As such this reserve has played a pivotal role in encouraging others to create nature reserves in the area.  As the reserve has grown through subsequent acquisitions, SWT has been able to demonstrate what can be achieved for wetland wildlife through good conservation practices and lots of determination.

The bigger picture - Catcott is now part of the Avalon Marshes area and is a living example of an ancient landscape much as it was before the major agricultural changes of the 20th century. There are areas of traditional damp hay meadow and grazing marsh, heath and fen, reed-bed and open water and impenetrable wet woodland. This wonderful variety of habitat brings with it a magnificent diversity of wildlife ranging from the impressive Marsh Harrier through to the tiny rare Shining Ram’s-Horn Snail, stately oaks and the rare Marsh Pea. The water levels on site are carefully controlled. During the winter the reserve floods naturally. Through spring and early summer the water is lowered to provide the best conditions for dabbling ducks and waders and then in summer the fields are kept dry so that cattle can graze the fields before the cycle begins again.

Winter spectacular - Part of the reserve, known as Catcott Lows, is as its name suggests, some of the lowest lying land in the Avalon Marshes. Former arable farmland has been turned into an internationally important haven for wintering waterfowl and waders. You can view this area from the Lows Hide in the main car park. Wigeon, Pintail, Shoveler and Teal can often be seen in abundance on the flooded fields, whilst waders such as Lapwing (sometimes in large flocks over 100+) and Snipe pick their way around the margins. Golden Plover and Ruff may also turn up.

Either side of winter, in spring and autumn. passage migrants such as Ringed Plover, Green Sandpiper, Wood Sandpiper and Greenshank may also drop in.

Catcott and Herons - Its not just the Grey Heron that is likely to be seen on the wetlands at Catcott. Look out for Great White Egret, Little Egret, Cattle Egret and Bittern. 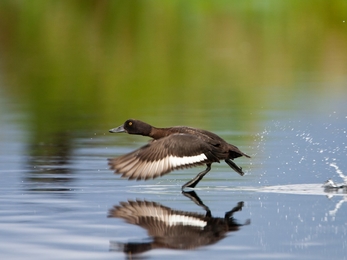 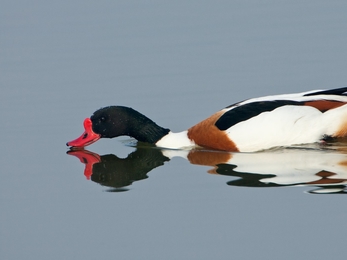 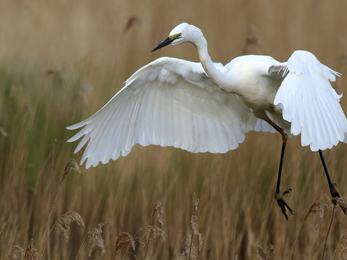 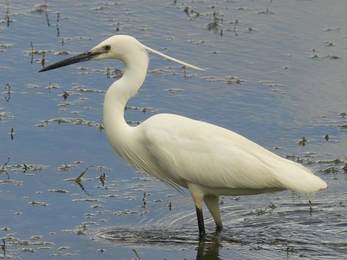